Taking coconut oil for weight loss seems an odd thing to do, so can it really help you to lose weight?

According to Dr Bruce Fife, a naturopathic doctor and the author of the ‘Healing Miracles of Coconut Oil’ it can. In fact, he claims it’s the healthiest oil there is and good for treating a range of disorders in addition to weight loss.

Coconut oil has generally gotten a bad press as a saturated fat that contributes to weight gain, raises blood cholesterol levels and increases the risk of heart disease.

So what’s the basis of the case for coconut oil as an aid to weight loss?

Dr Fife contends that whilst coconut oil is a fat, it can promote weight loss. This rationale is based on the fact that coconut oil contains a high proportion of lauric acid, a medium chain triglyceride.

Lauric acid it is claimed, is responsible for the other health benefits attributed to coconut oil.

For instance, lauric acid is formed into monolaurin in the body. Monolaurin is an antiviral monoglyceride that can, so the theory goes destroy lipid coated viruses such as HIV.

As such, it’s claimed by coconut oil proponents that lauric acid can reduce the viral load in AIDS patients.

As far as weight loss is concerned, it’s claimed that unlike other fats, medium chain fatty acids like lauric acid don’t circulate in the blood stream.

Instead, they’re treated by the body in a similar way to carbohydrates and sent to the liver to be converted into energy.

The theory goes that your body burns coconut oil as opposed to storing it as body fat.

It’s also claimed that eating other fats as part of a diet sufficient in calories will always lead to the body storing dietary fat as body fat. However, coconut oil proponents claim that coconut oil is treated differently by the body.

Other claims made for coconut oil for weight loss include its ability to increase the body’s metabolism, so causing more calories to be burned, which can lead to weight loss.

Furthermore, that coconut oil has fewer calories than other fats, the inference being that you’ll be less likely to put on weight when you eat it in preference to other fats.

It’s claimed by Dr Fife that coconut oil’s ability to promote weight loss has been borne out by many researchers, with an impressive list of references in his book.

Taking Coconut Oil for Weight Loss: What Does the Evidence Suggest…?

We have to say, however, that we’re dubious. Further analysis of the claims made for eating coconut oil for weight loss raise a few questions with us.

The fact that coconut oil has fewer calories, for instance. 2.56% to be precise.

The contention that when energy intake is adequate to meet the body’s needs, that all fats when consumed will be stored as body fat also doesn’t ring true.

Sure, when you eat simple carbs, the body produces insulin to regulate blood sugar levels. As insulin is your fat storing hormone, some of those fat calories will be converted to body fat.

However, when protein is eaten the pancreas secretes the hormone glucagon, which is a fat burning hormone. Hence, fats when eaten with protein are more likely to be burned than stored as body fat.

Assuming of course, that your total calorie is not too high.

What about the claim that coconut oil raises your metabolic rate, even more so than protein?

Again, we wouldn’t necessarily argue with this. However, the research would suggest that the effect in terms of calories is modest.

The research cited by Dr Fife would suggest that medium chain fatty acids like coconut oil can increase the number of calories burned by around 120 calories.

That is, when eaten as part of a “high calorie diet” in which 40% of calories come from medium chain fatty acids.

The effect of eating long chain fatty acids is around 70 calories. A difference of 50 calories.

Again, this isn’t going to make a great deal of difference in weight loss terms given that a pound of fat has 3,500 calories!

The Case for Taking Coconut Oil for Weight Loss…

Hmm, the evidence presented by coconut oil proponents would suggest that taking coconut oil for weight loss could indeed be beneficial.

Clearly, though, much more research is needed before firm conclusions can be reached.

However, the extra calories that a diet rich in coconut oil would burn are modest, around 30-40 calories a day by our reckoning, which amounts to around 3,500 calories in just over two months.

Eat 500 calories a day less that your body requires and you’ll lose a pound a week.

Burn 500 calories a day extra through aerobic exercise and you’ll lose a pound a week…draw your own conclusions!

On the basis of the evidence, taking 3-4 tablespoons of virgin coconut oil a day as suggested by Dr Fife may well confer a range of health benefits. Give it a try and see what you think.

However, as far as the case for taking coconut oil for weight loss is concerned…

Well, it may be a useful supplement to your weight loss program…but not a substitute!

A healthy diet and exercise will give you the results you’re looking for much more quickly! 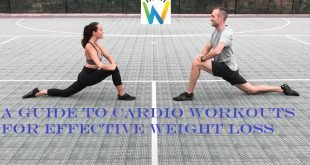